The women’s team came close to promotion last year after their second season in Ykköspesis. Hamina finished 2nd in the southern league during the regular season, beating Jalasjärven Jalas in the playoffs before being beaten by Vaasa. Can Hamina build on their success from last year and reach superpesis for the first time since 2007? Or will they have to settle for another year in Ykköspesis.

The fall of Pesä Ysit to Ykköspesis also resulted in them losing a number of players. In fact Hamina signed 3 players from the club during the offseason: Linda Kemppainen, Petra Laakkonen and Tytti Bertling. Hamina also benefitted from SiiPe’s relegation, signing Pinja Kesti and Jemina Vainionperä.

Despite only playing in 13 games last year, Tytti Bertling managed to score 10 runs and had the second highest total for successful hits for Pesä Ysit. Tytti will be looking to bring a lot of pace to Hamina as well as some solid defence in the outfield as she returns to her breeder club this coming season. Pinja Kesti had a full season with SiiPe and led the team in runs scored in 2021 with 16, which says more about SiiPe’s struggles offensively than it does about Kesti’s skills.

One key strength for Hamina is their captain Niina Nukarinen. Nukarinen brings Superpesis level skills to the team and hopes to make her second year back with her breeder club even better than last year. Whilst Nukarinen has usually taken the number 1 or 2 spot in the lineup, she has featured at number 4 in training games this year and given the task of bringing home runners. Nukarinen’s speed and reflexes makes her a key player to look out for this season in all aspects of the game. Hamina made a number of solid moves in the offseason to bring more speed to the team and the top of the lineup is full of players with Superpesis experience.

Hamina lost two key players at the end of the season last year, Emmi Simonen retired and Inka Pietilä has moved to Kempele to play inSuperpesis. Pietilä had the most successful hits for Hamina last year and the team have been looking to adjust. The biggest weakness on paper is the lack of reliable hard hitters to bring home runs. Whilst Nukarinen has slotted into this role, the team will still feel the absence of Emmi Simonen, who scored 5 home runs and 42 RBIs last year, the most in Ykköspesis during the regular season.

Last season saw 3 teams relegated from Superpesis - these teams will be in the mix to regain promotion. Pesä Ysit struggled in 2021 and had the most runs scored against them in Superpesis. Now that Pesä Ysit are in Ykköspesis for the first time in 20 years, they will be anxious to make it back up. Pesä Ysit played Hamina in a winter tournament in January this year - the game was highly competitive, with both teams winning a jakso.

Whilst Pesäkarhut cannot advance to the playoffs, they will still be a challenging team to play against. Pori is still celebrating the clubs Superpesis championship win last year and a successful Itä v Länsi weekend, so it will be a daunting place to visit for any team.

Mynämäen Vesa are arguably the strongest of the 3 teams that were relegated in 2021, but with key players like Mari-Ann Lehtinen and Veera Tyynelä leaving for Superpesis teams, their threat is reduced.

Although SiiPe will be in the North group in Ykköspesis, Hamina will still need to play them in the regular season (and possibly in the postseason). As another relegated team, SiiPe have been feeling the strain. The fact that the club’s financial situation forced their men’s team to withdraw from Superpesis now means that more focus is likely to be given to their women’s team. 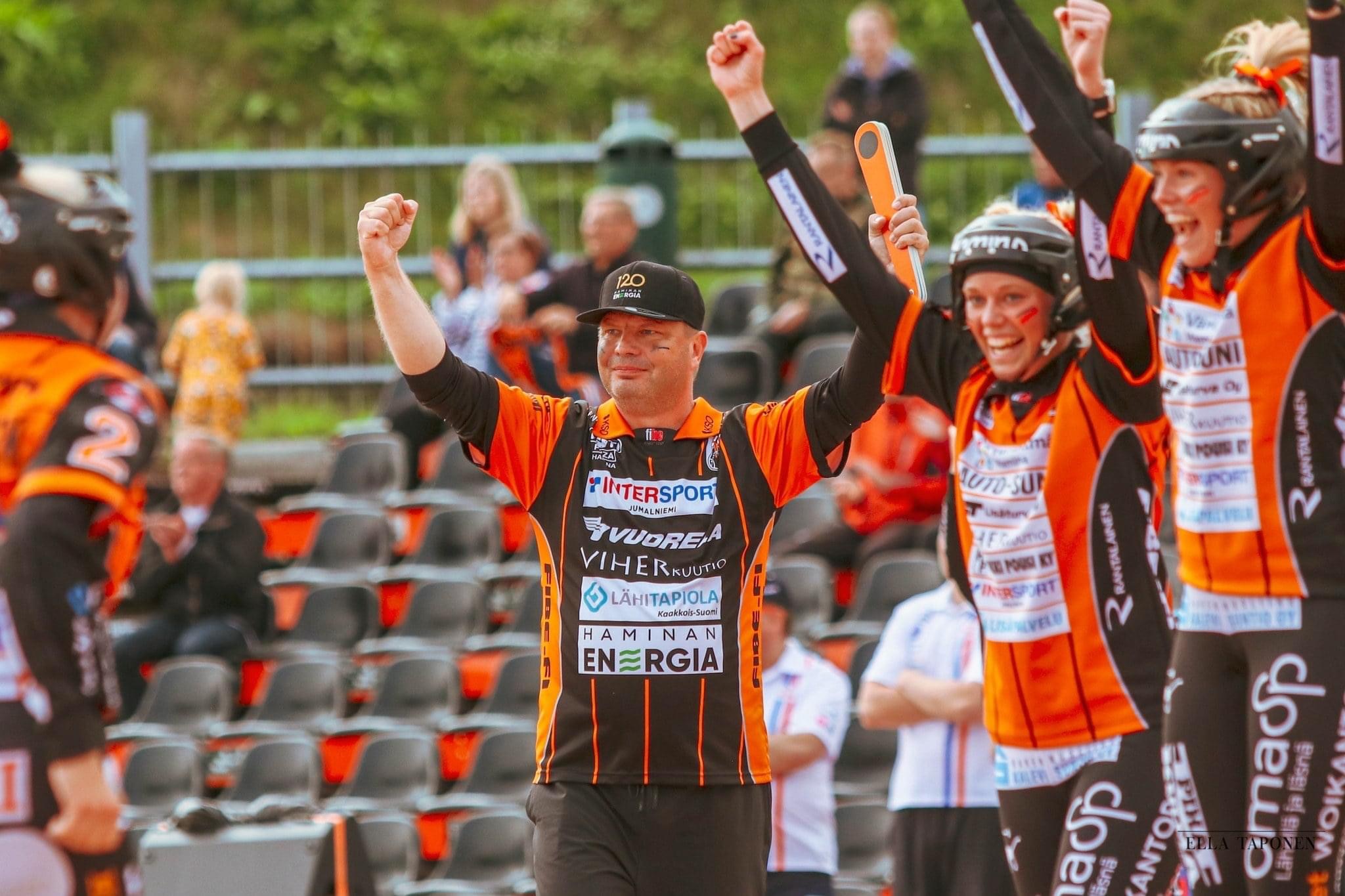 The season starts with a bang as the first game of the regular season is a clash with Pori’s second team. Pori and Hamina are both strong pesis towns and this game will be one that you wont want to miss.

Pesä Ysit will make the short trip from Lappeenranta to Hamina in one of the key games this summer. If Pesä Ysit want to finish the season at the top of the group, they will need to take points against Hamina.

As the summer starts to come to an end, the postseason race will start to get tighter. This game comes at just the right moment and could potentially be the decider as to where these two teams end up in the group. A string of wins from here into the postseason would give either team great momentum and a real chance of promotion.

The final game of the regular season could be the all important decider for where Hamina finish in the group and whether their season will continue to the playoffs. Kirittäret have nothing to lose at that point in the season, as they cannot be promoted.

Hamina are in good form going into the season, despite some losses to Superpesis opponents like Roihuttaret in training games. The top 4 teams in the Southern group will advance to the playoffs, but this will not include Pesäkarhut’s second team because they cannot be promoted. This means that finishing 5th out of 8 could still be enough to reach the playoffs and from there, have 2 chances at promotion.

If Hamina can make use of their new signings and the speed at which they run the bases, 2022 could be a great year for the orange shirts. The team will certainly be looking for a place in the playoffs and the target is to play in Superpesis in 2023.